What do you do after Carnaval? The answer of course is you go to church, specifically in our case, Santa Iglesia Catedral Basílica de la Encarnación, dba Malaga Cathedral, aka la Manquita (i.e., the one-armed lady.) It was started in the early 16th century, again shortly after the Christians took over, and “completed” in the late 18th. “Completed” is in quotes because it hasn’t been completed. It was intended to have two towers but it only has one, hence the “one-armed lady.” There are two explanations: one comes from the official pronouncement and the second from an examination of the books.

Parts of the south face show the portions of the foundation and original walls that were built in the 10th or 11 Centuries when the Moors controlled the area. Of course, that was a mosque, which the Christians demolished to build the Cathedral after they took over in the 15th Century.

From the upper left below, the photos are the side entrance on the North face, the back of the completed tower taken from the north side, and the main entrance, west face, showing the uncompleted tower. (The last is not my photo; you can tell from the summer clothes; see credit below.) 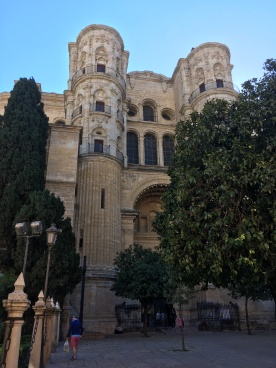 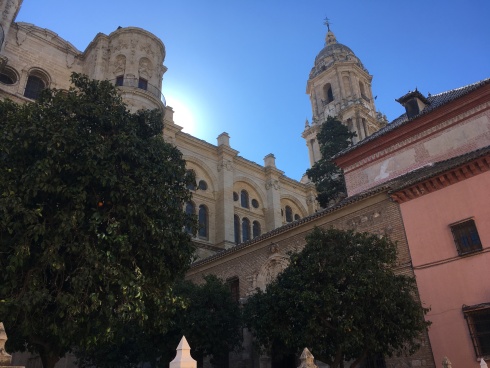 The completed tower (from the north, side) 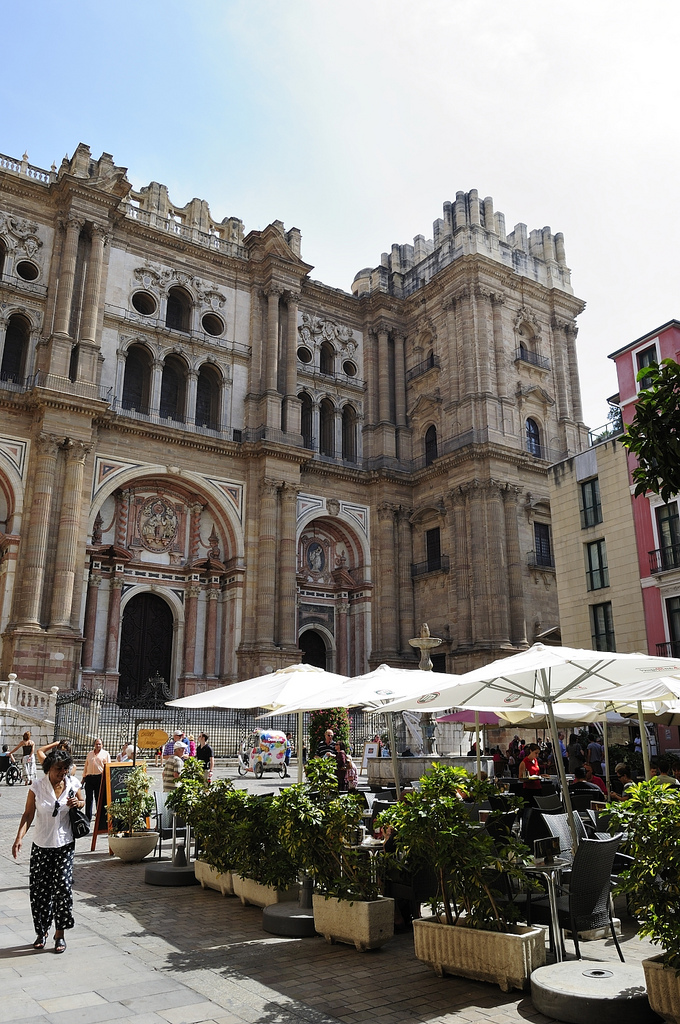 The uncompleted tower (from the South, front)

The official version of why it wasn’t completed is that the money for the second tower was sent to help the upstart colonists in North America in their quarrel with the British king. (“The enemy of my enemy is my friend.”) The unofficial version suggested by an audit of the church’s books is that the money was used to repave the street (a more nationalistic, isolationist policy.)

The very busy exterior design implies Baroque influences, which followed Renaissance, with the elaborate detailing and contrasting colors. This style is post-reformation and may be intended to signify the Catholic Church’s own reformation in reaction to Luther et al.; or it may be an attempt to retain influence by a display of affluence.

The interior is more Renaissance, more classic Greek. The image at the top (not my photo, see credit below) shows a little of this in the round fluted columns and detailed capitals at the back top of the photo. The Greek capitals are topped with rectangular bases supporting the arches supporting the domes. (After WordPress finished cropping the photo, the columns don’t show; see the two pictures below.)

The choir stalls in that photo seem much busier and less Renaissance.

The interior layout is classic: a central nave and two smaller side isles; the transept and the main altar. The pictures below are the nave (looking away from the altar, into the chair stalls and one of the organs) and the main altar looking from the nave. These show the columns, arches, and domes better. 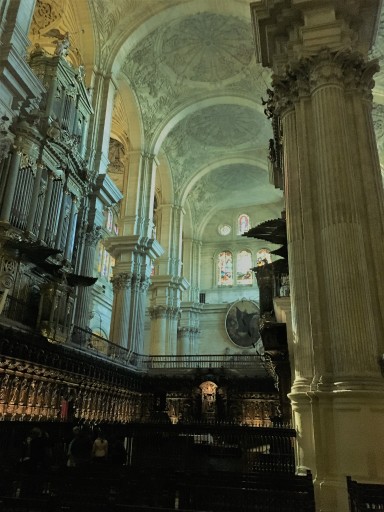 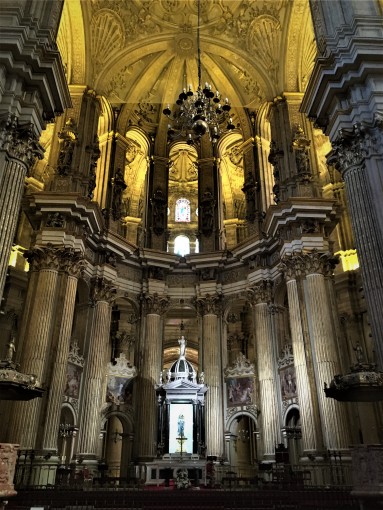 The outer walls are lined with twelve or fifteen (we didn’t count) “chapels” each dedicated to some important saint. Most of these include some major art works ranging from sculptures of smiling cherubs to a painting of the beheading of Saint Paul (not shown; what is shown is a preliminary “sketch” , now in le Museo de Málaga.) 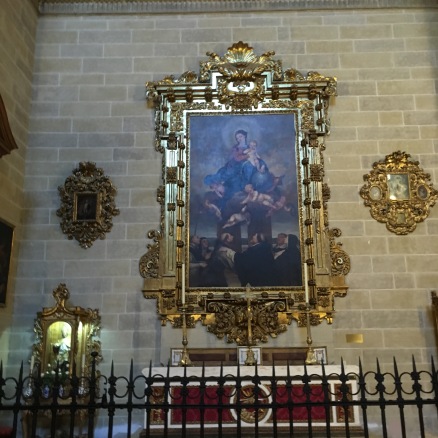 Madonna with child, a few cherubs, and assorted saints 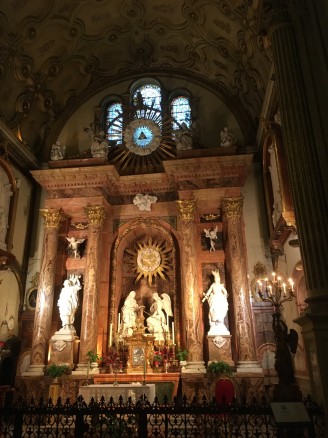 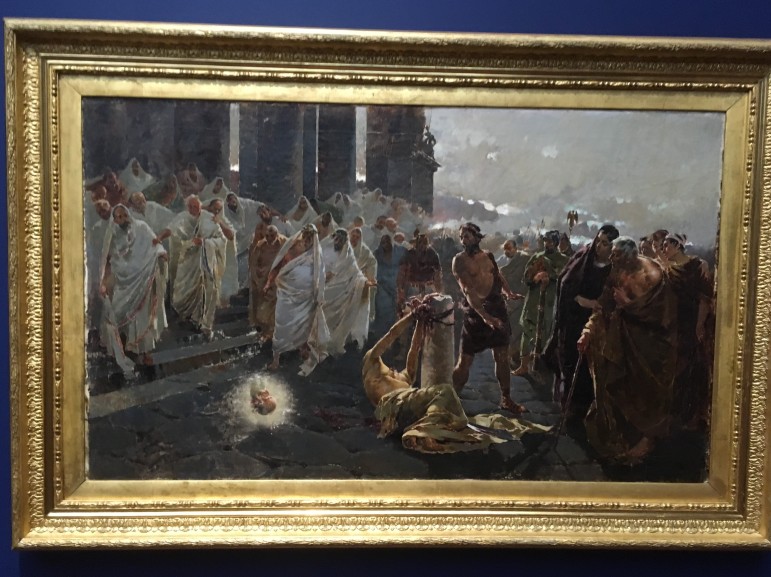 “Sketch for ‘Beheading of St. Paul'”

Featured image (at the top) of the choir stalls I found on Flickr although the citation is Wikimedia. It’s way better than anything I took of the interior with my mobile. By Hajotthu – Own work, CC BY 3.0, https://commons.wikimedia.org/w/index.php?curid=25793055