We came to Memphis to do our Tennessee bike ride. There aren’t that many trails in the this part of the world but these were good ones. Shelby Farm Park is a large, multipurpose greenspace on the edge of town. Among other things, it has a small herd of bison; by South Dakota standards, a very small herd. But the people here like them. We also got tangled up with the Humane Society Walk for Animals. They were less trouble the MS Society Walk we were in a couple weeks ago.

The Shelby Farm Park Greenway was an easy twenty mile ride; if anything, it was too straight and level. And too few restrooms. County and municipal buildings are often good locations for public restrooms and we went by or through the Shelby County complex. One of the highlights of the route was the County Prison. We didn’t ask about restrooms.

The Wolf River Greenway was more varied and interesting, and hilly. Some of it was in the well-developed park but parts were fairly wild. No Bison. 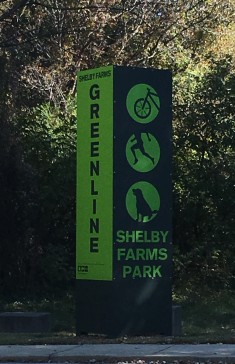 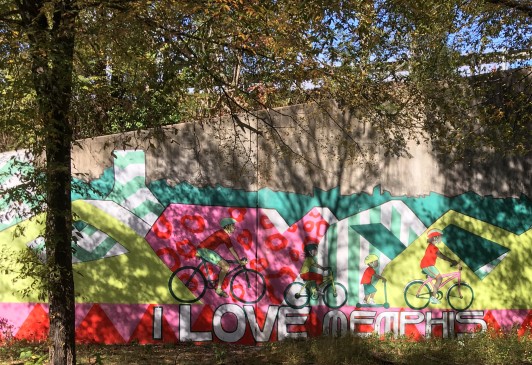 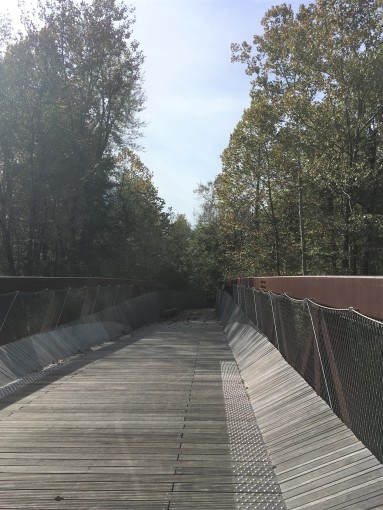 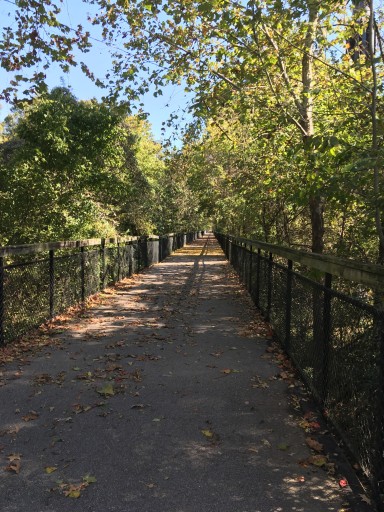 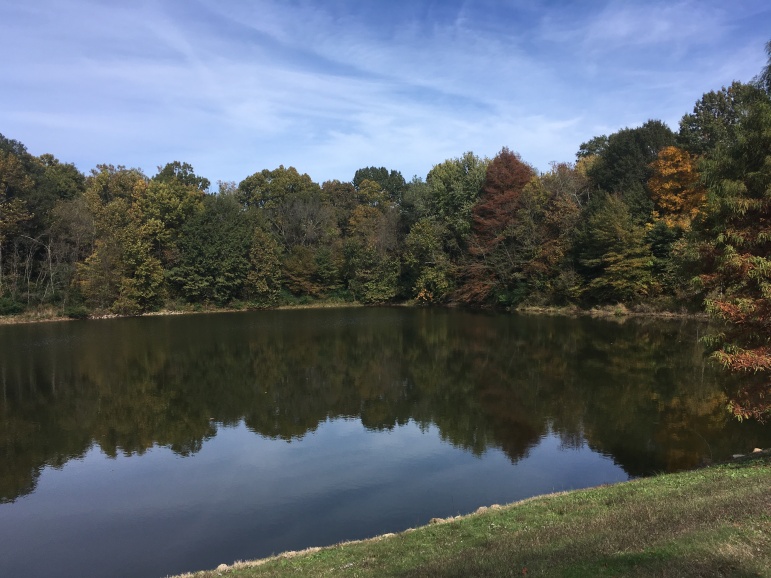 Memphis in general and Beale Street in particular are the home of the Blues. They have other streets with names like B. B. King Boulevard plus the Blues Hall of Fame, Gus’ World Famous Fried Chicken, and Central BBQ.

We memorialized our experience by having ribs at the Jerry Lee Lewis Café and Honky Tonk. The Gary Anderson Trio (drums, bass guitar, and piano) wanted to play what they wanted to play but the listeners wanted to hear Jerry Lee Lewis. They were for the most part of a certain age but we were there before Beale Street really got going.

The trio did a good cover and never got around to “Great Balls of Fire”. But most of Lewis sounds very similar. 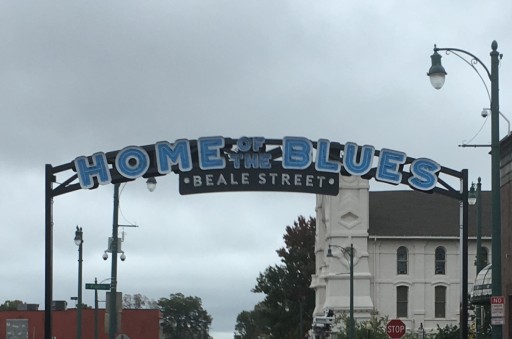 Not hard to find 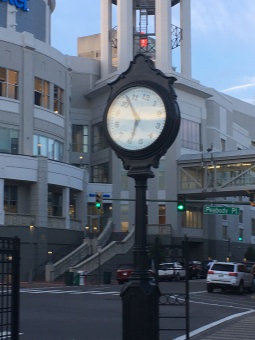 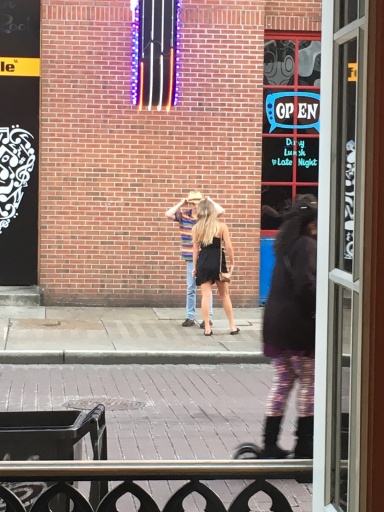 She had to be cold 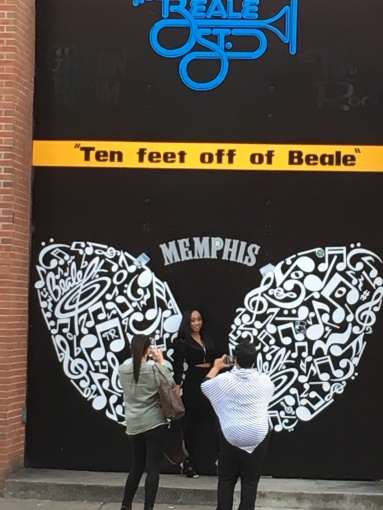 There was a line for pictures 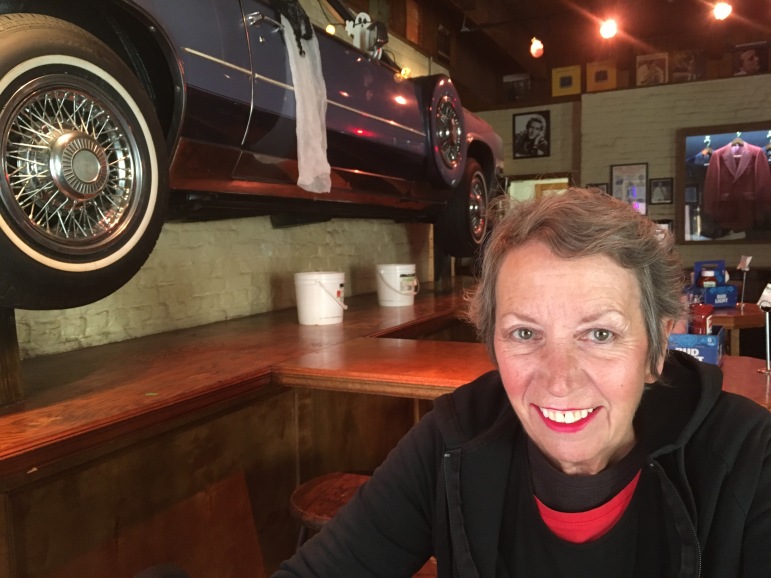 Doré and half of Jerry’s car

The Lorraine Motel opened, under a different name, in 1925 and closed in 1982. For all its life, it was a fixture in the “Green Book”, which listed businesses that would serve people of color. After years of sitting empty and deterioration, the motel has been redone as the National Civil Rights Museum. There is a lot of reading but it is a remarkable walk through the Civil Rights movement in the 1940s, 50s, 60s and 70s. Sit-ins at lunch counters, marches, bus boycotts, Freedom Riders, bus burnings, cross burning, lynching, and some landmark legislation, much of it bipartisan.

Fifty years ago, in March, 1968, 1300 African-American sanitation workers walked out after two workers had been crushed by a malfunctioning compactor. The black workers were paid significantly less then the white; they were assigned the oldest equipment; they were denied health care coverage and pensions; they were denied union representation. Of course, the strike was declared illegal.

On April 3, 1968, Martin Luther King came to Memphis to lead a march of the strikers. That evening King spoke to an energized crowd, delivering a speech now known as “I’ve been to the Mountaintop”.

King spent the night in room 306 of the Lorraine Motel. The day of April 4 was spent in meetings with other national and local leaders. 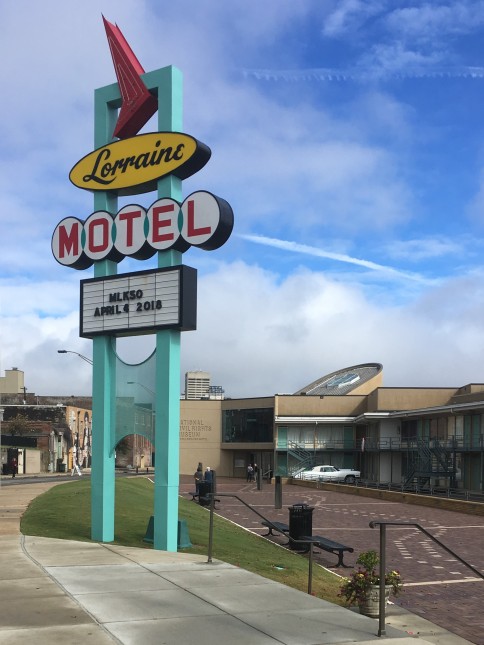 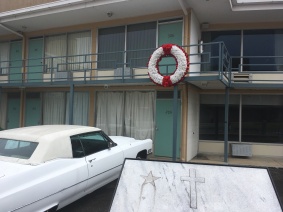 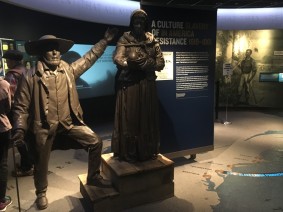 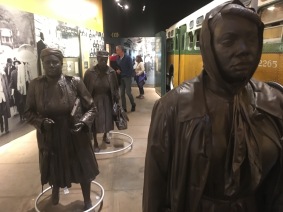 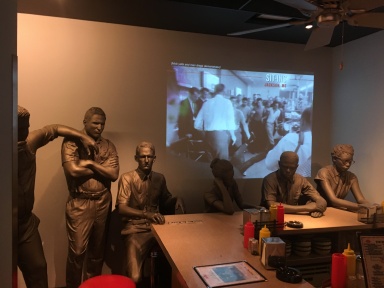 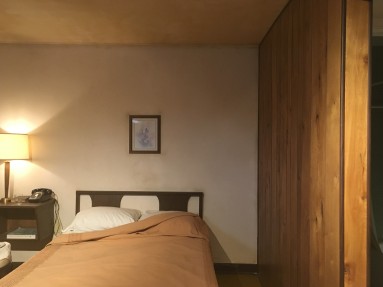 “Where do we go from here?”

And which direction are we headed?