We came to Arkansas three times; no one ever said we were going to do this efficiently. And the weather got cold. And we had some timeshare credits in our account. We spent them for two resorts that are more or less between Memphis and Fayetteville. The first was the Crown Point Resort on Crown Lake near Horseshoe Bend. We for the most part holed up, didn’t bike, appreciated our own real kitchen, and stayed out of the cold.

Most people come here to fish, but this wasn’t all that popular right now. Being a timeshare resort, there was entertainment. One night it was a magician, who needed my help for a couple tricks. Another was a local singer, who made it to the last 25 on America’s Got Talent. I don’t remember either name.

Then we moved to the Wyndom at Meadows resort in Branson, Missouri. And the last timeshare pitch we will ever submit to. They just couldn’t believe we wouldn’t take their incredible offer and give them them $17,000. We did get some tickets for our morning of saying no. If it had been Mexico, we would have gotten some margaritas too.

Two tickets were for the Silver Dollar City theme park. It was cold; we’re not into theme parks; there were still lines for the shows; and the map noted the hills that were too steep for wheelchairs. For the first show, Dickens “Christmas Story”, after standing in line for half an hour, we got to be the very first people who didn’t get in. When and if we got into shows, they were entertaining. From Doré’s perspective the day was a success; they had a gift shop.

Two tickets were for a dinner cruise on Showboat Branson Belle. The weather was good; temperature made it into the 60s; the food was good; and the show was at least as good as cruise ship song and dance revues. The magician didn’t need my help. There was a gift shop.

Finally, we went to the Sight & Sound Theater for a stage production called “Sampson”. We knew going in that it’s a Bible story but we didn’t expect quite so much Sunday school. “Jesus Christ Superstar” and “Joseph and the Amazing Technicolor Dreamcoat” are also Bible stories. We were impressed by the live animals they used, especially the pigs and cats that did what they supposed to do (I think.) The sets and set changes were also impressive; the writing, acting, and singing not so much. 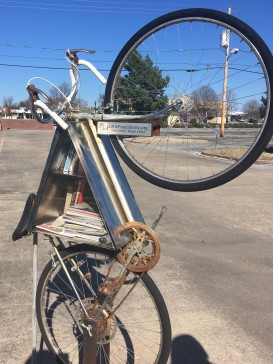 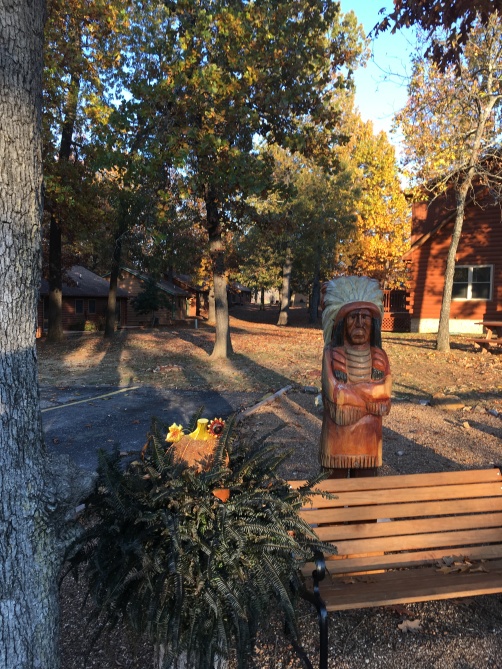 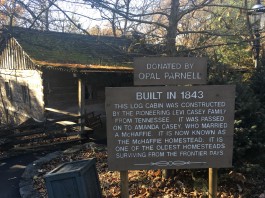 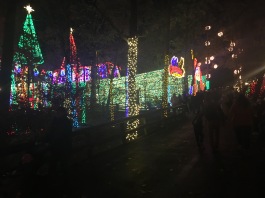 We went back to Arkansas to bike the Razorback Greenway. It was supposed to be a rail-to-trail conversion. It was the crookedest, hilliest converted rail line we have ever seen. The surface is almost entirely smooth concrete, which is good. The biggest problem was finding the trailhead parking. Except for the hills and curves, it’s a pleasant but not very interesting trail.