When you are staying in two-star motels, you don’t expect a lot in the way of amenities. This one stood out for having a rooftop terrace.

The Church Street Market Place is a compelling argument why Nicollet Mall shouldn’t have buses and should have active store fronts. This picture was taken after the seniors had eaten, after the tourists had been there, done that, bought the t-shirt, and before the “people” had come out.

Ben and Jerry began in Vermont and, although this isn’t the original store, the line was out the door; they were allowed to rechristen their corner of Church Street and Cherry Street as Cherry Garcia Street. Apparently they couldn’t work “Church” into it. Finally, a curious passer-by pondering how the bike got up there, what keeps it there, and, maybe, what it’s doing in a handicap spot.. 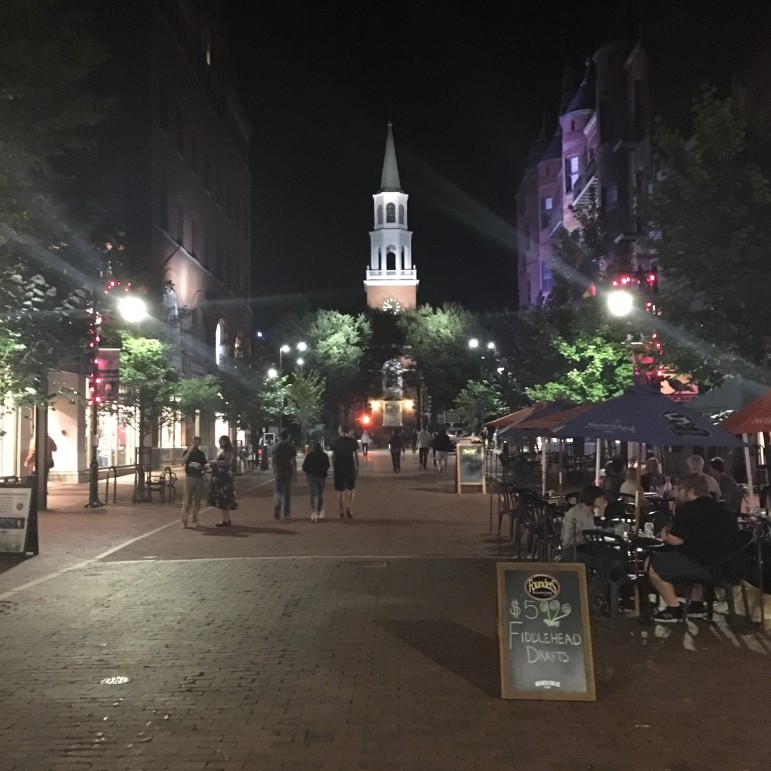 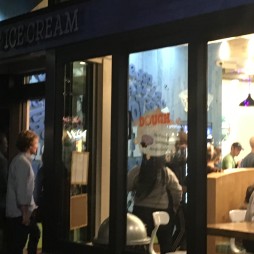 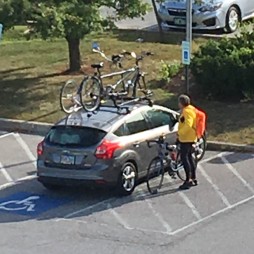 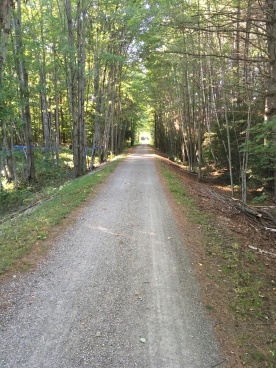 The limestone surface is always a little slower than new asphalt but we got the 50 miles at a blistering speed of 9.2. We rode from St. Albans Town almost to Richmond almost in Canada. A rail fence along a creek is pretty much what one would expect of Vermont. Trees arching over the path, following a river, using re-purposed railroad bridges is pretty much what we’ve come to expect on rails-to-trails paths. We still like it.

Although this was our second or third such encounter, we don’t expect goats. These were quite happy off-trail, eating milkweeds.