Rick Steves advises, “Assume you’re coming back.” We assume we’re coming back to Kentucky; it’s on the way home, maybe January. We can ride in the cold and we can ride in the rain but we don’t do both. (In the fall, 45° and rain is cold; in January, 45 won’t be so bad.) We plan to do the Legacy Trails in and around Lexington on the next visit.

We did do twenty miles, round trip, on the Dawkins Line Rail Trail on our way from Abingdon, VA, to Lexington. At 18.9 miles, this is the longest trail in Kentucky. It’s going to take some patchwork to accumulate our 50 Kentucky miles. 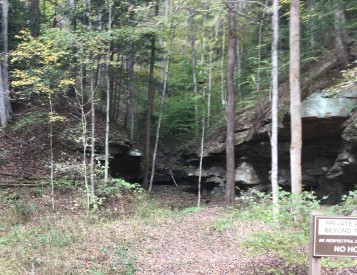 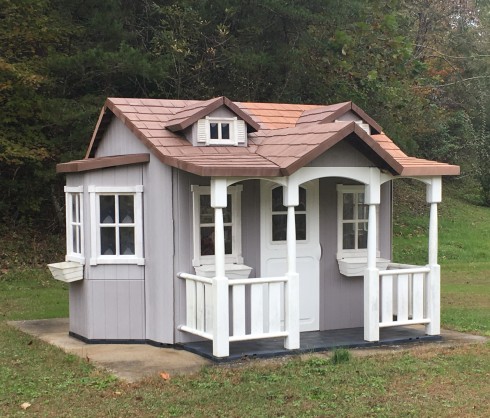 We would have done more on the Dawkins but the Rails to Trail Conservancy description misled us a bit. It says mountain biking and we don’t do mountain biking. Recent reviews talk more about it being fairly flat but the loose gravel is not for road bikes. Our hybrid tandem did fine if you don’t mind slow. There was about 500 feet up in the first five miles; we turned around when it started down rather abruptly. What coasts down must pedal up.

We parked at the trailhead near Swamp Branch and biked five miles in each direction from there. That gives us twenty miles for Kentucky. Note the obligatory dog kennel and basketball hoop at the neighbors’ house. There was another house across the trail that probably went with the playhouse and had stables and paddocks as well as the dog kennel.

The Kentucky Horse Park is at one end of the Legacy Bike Trail, which we aren’t able to ride in this visit. In addition to the track, dressage areas, training facilities, horseback, carriage, and pony rides, it also has the Saddlebred (the first American breed) Museum and the International Museum of the Horse (affiliated with the Smithsonian). 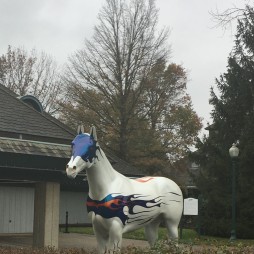 Lexington is about horses. Most of the people at breakfast on Friday were here for the horse show; we missed it. Weekend breakfasts were about marching bands. The state championships are happening here and several bands seem to be in our motel. While remarkably well behaved in general, the free continental breakfast included at these places does not anticipate a couple hundred hungry teenagers. What are they doing up at 8:00 anyway?

Lexington is also the childhood home of Mary Todd Lincoln and the home of Henry Clay. Clay, aka The Great Compromiser, Senator, Speaker of the House, Secretary of State, should have been President but lost to less qualified opponents, credited with crafting compromises that delayed the start of the Civil War by about twenty years, which probably changed the outcome. It also meant Lincoln was President, not Van Buren or Harrison or Tyler. 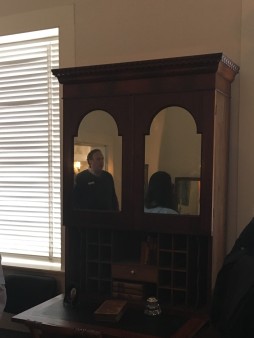 Most of the furnishing of Todd home are from the 1830s but for the most part not owned by the Todds. The barrel desk, chest, and maybe the bed  are exceptions to this. The playbill is from the Ford Theater and the play “Our American Cousin” on the infamous night.

The portrait of Mary Lincoln, which was the name she used, shows her at about age 20 but was copied from a photograph taken about twenty years later. There are a number of portraits of her but most looking very little like her. The guide had no explanation for this.

The front parlor was furnished from the 1860s, the White House years. This is very much a part of Mary Lincoln’s legacy. Congress gave her a budget of $25,000. It was intended to last four years but she spent much more than that in a few months. She had expensive tastes and perhaps a shopping addiction.

She had a hard life and history has probably treated her unfairly. She was clearly very intelligent and, for a woman at the time, very well educated. (None of her sisters or half sisters received the same education.) Her mother died when she was young. One son died at age two, another at about 12, and a third at 18. Two of her half brothers were killed fighting for the confederacy. Another half brother ran a prison camp. There were on-going and unfounded questions about her loyalty to the Union. It is generally true that her siblings were Unionists and her half siblings were Confederates.

And she was sitting next to her husband when he was murdered.

We stopped by the University of Kentucky Art Museum. It happened to be almost entirely photographic, with a special exhibit of a local photographer and optometrist, Ralph Eugene Meatyard. 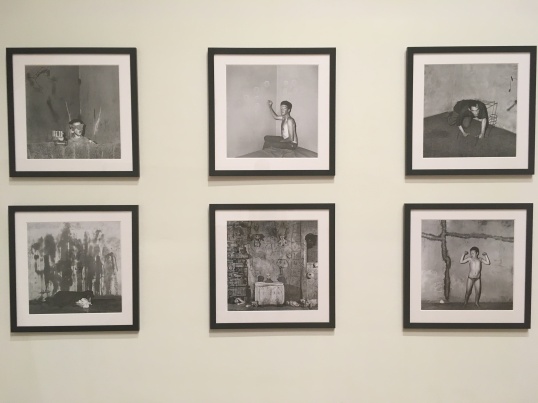 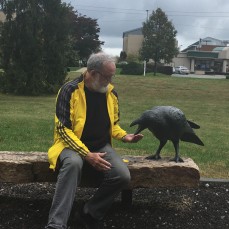 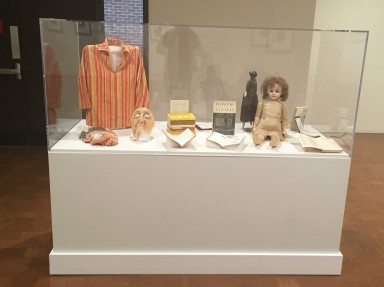 His photos are pretty dark and do not suggest a happy man. For the most part, I did not understand. Other exhibits in the museum didn’t help much. Meatyard died from cancer at age 47.