Our first stop in West Texas was short, about nine pm, during a rain and sleet storm, lasting about 10 minutes, and consisting of one conversation with a motel desk clerk about why she couldn’t and wouldn’t check us in with the power out. Her final suggestion was to get a full tank of gas and sleep in the car. She didn’t respond to my inquiry about where to find a gas station with battery or hand-powered pumps. She did say something about calling the police.

We drove another three hours to Fort Worth.

This was the only unpleasant encounter we had in our entire 48-state tour. The people of the red states may have been friendlier as a general rule, if you didn’t mind sharing the breakfast room with men packing guns and wearing t-shirts that said, “If God didn’t want me to eat animals, he wouldn’t have made them out of meat.” and “My AK15 self-identifies as a musket.”

December 26, 2018, was the second anniversary of our home-leaving. December 27 and 28, we rode a couple branches of the Trinity Trail in and around Fort Worth. The Trinity River isn’t much but it did have some water. It was a very pleasant ride although in a park near downtown, the route wasn’t well marked and had a couple of nasty little climbs. 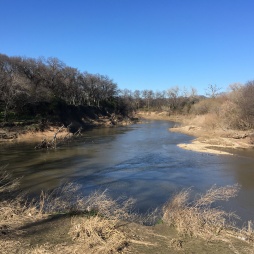 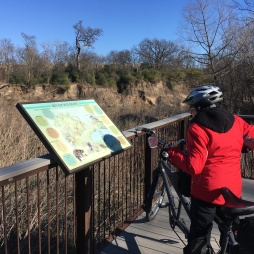 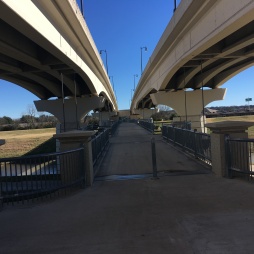 We did find a street festival where you could ride in mule-drawn wagons or on saddled long horns. I don’t think transportation was the historic economic value of long horns, but it may be what they are reduced to. 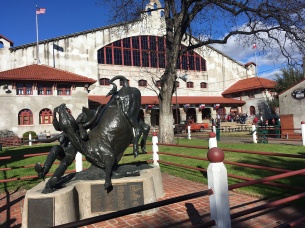 There was also a coliseum that is smaller than the Viking Stadium and used exclusively for rodeos.

I learned all the rest of this at the Museum of Texas Civil War History. Texas seceded from the United States in early 1861 and considered going back to being its own country. It joined the Confederacy a couple months later after it had deposed Sam Houston as Governor because he won’t take the oath of allegiance to the Confederacy. It wasn’t that he had any problem with slavery but he didn’t think the Confederacy could win: “I tell you that, while I believe with you in the doctrine of states rights, the North is determined to preserve this Union. They are not a fiery, impulsive people as you are, for they live in colder climates. But when they begin to move in a given direction, they move with the steady momentum and perseverance of a mighty avalanche; and what I fear is, they will overwhelm the South.”

Maybe we shouldn’t bad-mouth our colder climate too much.

For the most part, Texas stayed out of the fighting but served as a major supply route around the Union blockade. At various time, the Union controlled a few towns like Brazos Island, Galveston, Brownsville, El Paso, and Indianola. About the only “significant” battle in Texas was the Battle of Palmito Ranch and happened over a month after Lee had surrendered. It didn’t make any difference who was right, just who was left. 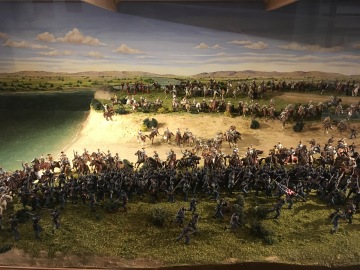 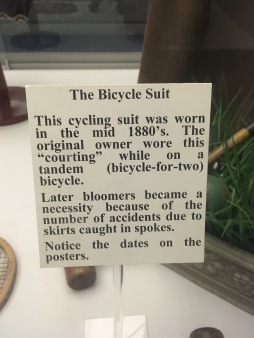 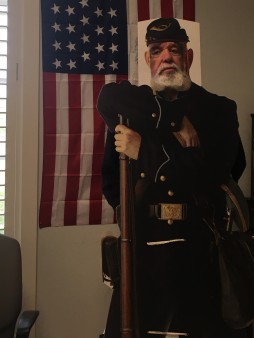 Just to clear up what the State (and Sam Houston) meant by the doctrine of states rights, here is snippet from its declaration of independence: (‘Confederacy’ here refers to the Union.)

“We hold as undeniable truths that the governments of the various States, and of the confederacy itself, were established exclusively by the white race, for themselves and their posterity; that the African race had no agency in their establishment; that they were rightfully held and regarded as an inferior and dependent race, and in that condition only could their existence in this country be rendered beneficial or tolerable.”

If the war wasn’t about slavery, it must have been about white supremacy.