Ignoring the casino on every corner and the video poker lining every restaurant bar, Reno was a surprisingly pleasant little city. Like many of the places we have passed through, it is much better on public art than the Twin Cities. The “featured image” at the top is a freeway overpass near Carson City (which is near Reno.) Below is freeway art, Ron playing with trains, and a very early two-person bike for use in a rail corridor. 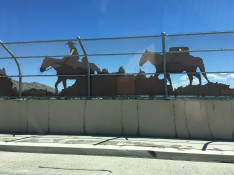 We biked thirteen miles (twice) of the Tahoe-Pyramid Trail; more or less following the Truckee River from a few miles west of Reno to a few miles east. After a couple short but steep climbs, the trail becomes a single track dirt path through desert. We turned around.

They allege the trail is 50 miles long but parts of it are for mountain bikes and parts of it are for cars and trucks. The stretch we rode had a couple on-road bits, which they allege have separate bike lanes; I allege they had shoulders, but it worked. They could have used a few more signs for the directionally challenged but the iPhone always knows where we parked the car, if not how to get there by bike.

Lunch on July 1 was in a very interesting place in Carson City and they gave Doré a present. Ron got to inspect and pretend to explain lots of old machines. Doré pretended to listen. 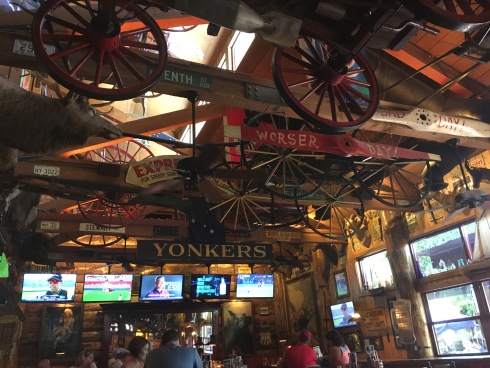 And play with more trains at the Railroad Museum, which was overrun by old guys who spend all their free time restoring trains to working condition.

The rest is public art along the bike path in Reno. 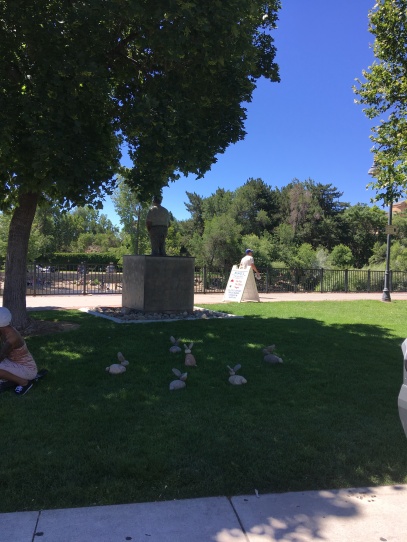 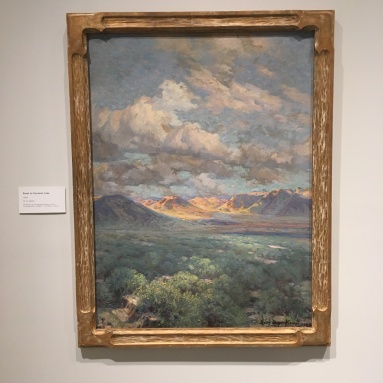 While small, their collection and exhibitions covered a remarkable range; the samples here are: “On the Road to Pyramid Lake” and “Caravan” by Hans Meyer-Kassell, a German who moved to Reno when he was in his 60s in 1921; “Road Map” and “Cannibal Soup” by Jordan Schnitzer, who also did “Aliens Sans Frontiers” and “Illegal Aliens Guide to Critical Thinking”. The Meyer-Kassell exhibition covered both his first career in the cities of Europe through World War I and his second career in the mountains of Nevada.

The fifth picture should have been in the public art part. This installation is in a small park along the bike trail. One woman, with a couple of helpers, was installing crocheted ‘snuggies’ for the trees. Although we met her, she didn’t explain why.