We didn’t venture very far into California, just cutting across the north, no further south than Red Bluff (130 miles north of Sacramento.). Doré has been certain for years that at any time the entire state is going to fall into the ocean after The Big One, slide into the ocean after a rainstorm, or catch fire during a serious drought. The catch fire thing was pretty close this year but we made it through.

We made it through some major scenery, driving from Portland down the coast on 101 and through at least two National Forests. It’s hard to tell where one stops and the next begins. Coastal Redwoods aren’t Sequoias but they’re still big. 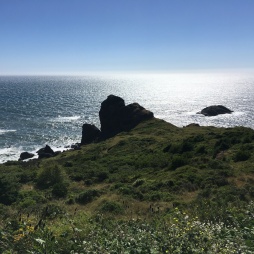 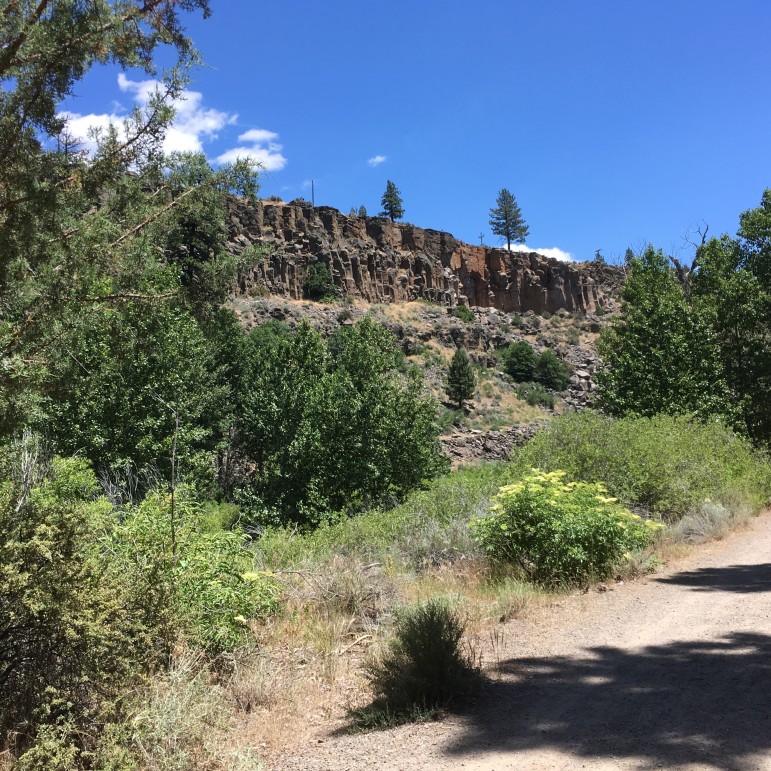 We weren’t intimidated by the grade, were ok with the gravel surface, were prepared for the heat, elevation, and distance. What defeated us were deliberate human-imposed obstacles. Every mile or so there was a locked gate. For the first six or eight, there were two ways to get around; both required dismounting. One option was straight through but had two or three logs 18 to 24 inches in diameter blocking the way that one had to get over while carrying the bike. The other option was a narrow gate with a U-turn that the tandem couldn’t do (without standing it on end and dragging the rear fender.)

The roadblock that finally defeated us didn’t have the second option and did have bigger than usual logs on  the first, so was nearly impossible for Doré. I don’t know what they are afraid off. They aren’t going to stop bears or dedicated motor cross riders.

One thought on “Number Eight: California”