We were told once that the three legs of the Mexican economy are energy, tourism, and money sent home** from the US.

Tourism relies on timeshares and tips. We came with a stack of 200 $US singles and that should about cover housekeeping and waiters at the buffets for four weeks. The ala carte waiters and marina attendants will get it a bit higher.

We made our first contribution to the Mexican economy twenty five years ago, just after Doré won her first election to the Minneapolis City Council. (Yes, that was a quarter century ago.) I had a conference in Cancun on medical certification and licensing tests and Doré decided this time she would be supportive and come with me. Her support primarily consisted of sleeping on the beach and attending the evening dinners and shows.

We also bought a timeshare.

You have to admire their marketing. The standard model for timeshare sales is breakfast (they have to start early) with a person or two with emerging English skills and engaging personalities. After a pleasant chat, you (and the notes from the “chat”) are passed off to a more senior representative, who by that time knows things about you your mother doesn’t know. This person will make a very enthusiastic presentation of a vacation package that is too appealing to walk away from and eventually a dollar figure that you will try very hard to run away from.

When you say no (again), they will reshuffle the offer, taking things out, putting things in, changing unit size, moving dates, altering incentives, until they get to a price that doesn’t make you blanch, barf, or laugh. Then they begin to get aggressive.

They generally say the presentation will last 60 to 90 minutes. That’s just the presentation; what they don’t say is the arm twisting will last another couple hours unless you are willing to get really obnoxious.

What eventually worked on us was we hadn’t taken a real vacation since our honeymoon 22 years earlier (visits to family and business trips to facilitate teacher committees or close multifamily housing loans didn’t count) and, “Were we stupid enough to prepay for vacations and not take them?”

But we took the gamble.

Since then we have taken lots a great trips through the timeshare, stayed in nicer places than we would otherwise justify, and generally think it was worth it.

Everything they say in the presentation is generally true but there are some things that get left out or perhaps distorted a little. This is not an “investment” that will appreciate; there is very little if any resale value; private individuals will not be able to compete effectively in the rental market; and your children will be sick of the place by time they inherit the perpetual vacation package you bought with them in mind.

And within a couple weeks, you will be receiving solicitations from companies offering to get you out of this incredibly bad deal you just made.

Mostly out of curiosity, we went to one of the anti-timeshare presentations. They used almost the same marketing model as the pro-timeshare people (hey, it worked once.) Lengthy presentation about what a bad deal time shares are, followed by one-on-one arm twisting targeted to you. Eventually they get around to a dollar figure that you give them to take it off your hands. They were remarkably vague in their answer to my questions about what do they do with them. At some point in here, Doré announced rather loudly that this is just a scam.

Then she went to the restroom and didn’t come back.

Our personal representative took some offense at this.

A couple weeks later, the Minnesota Attorney General requested that this group and a few others stop doing business in our state. Apparently, they often took the money but not the timeshare off peoples hands.

All in all, we think we’ve gotten our money’s worth out of this non-investment. Mostly the places we can trade for are resorts (duh) like beaches and mountains. Been there, seen that, bought the t-shirt. We have also traded for Hawaii, San Francisco, Las Vegas, New Orleans, Charleston, Williamsburg, Paris, Rome, and Panora, IA.  But now we’ve seen Cancun and the Yucatán; we haven’t seen mainland Asia (except Turkey,) mainland Africa (except Egypt,) eastern Europe (except perhaps Vienna,) South America (except cruise stops in Ecuador and Peru,) or Antarctica.

If you really want the true “American” tourist Mexican experience, you need to do one of their time share presentations. The going price seems to be about $200 US or equivalent in excursions to get you in the door. The people on the street or in the resorts who sign you up and deliver you to the breakfast get paid by the head and any incentives they give you come out of their share.

If you do go, pick a rainy day and here’s our antidote to their salesmanship: Get their best price and we will sell you one for half that. 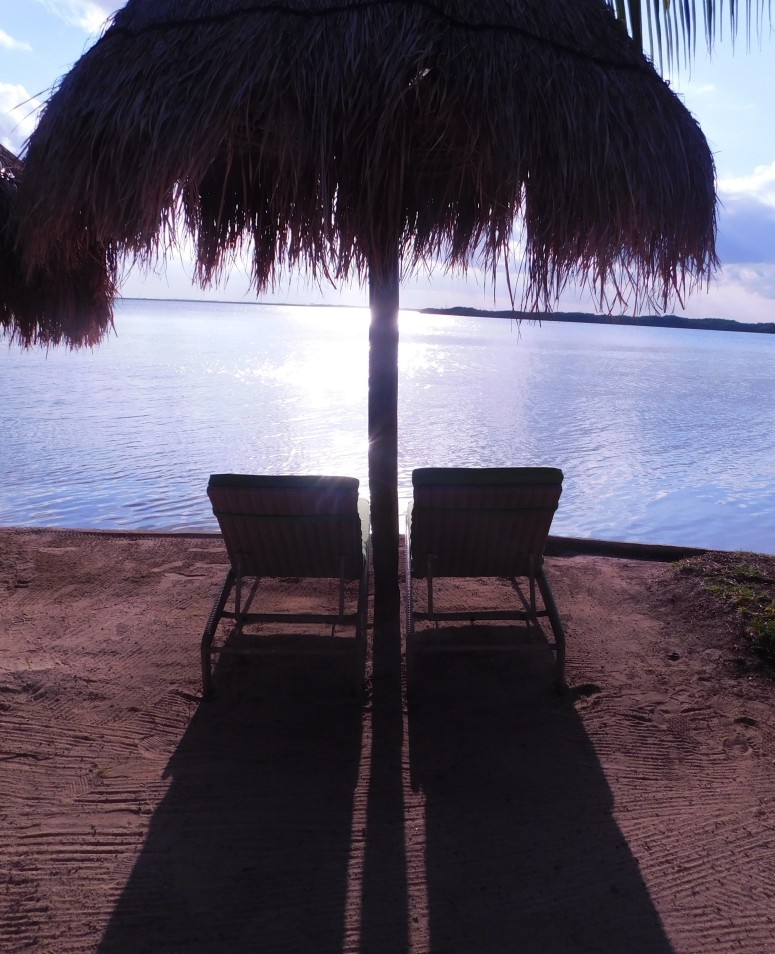 *There is some pushback to US citizens referring to themselves as “Americans” because there are lots of countries in America. Mexicans generally say “Norte Americanos,” occasionally “gringos.” I generally say, “I’m from the US” leaving nationality out of it entirely, but that’s another whole set of issues beyond geography.

**I think it is significant that they say “sent home” and that the solution to illegal immigration is to make it unnecessary.

4 thoughts on “The Mexican Experience for an American* Tourist”