Sharm el Sheikh, which translates as Beard of the Sheik but no one seems sure who the Sheik that it refers to is, is near the southern tip of the Sinai Peninsula. The peninsula is more or less a triangle that starts where the north end of the Red Sea splits into the Gulf of Suez, on the west, and the Gulf of Aqaba, on the east. For political purposes, the peninsula extends to the Mediterranean Sea, bounded by the Suez Canal and Israel. It currently ‘belongs’ to Egypt; but sometimes Israel, e.g., after the Six Day War in 1968. It probably is considered part of Asia, although the rest of Egypt is in Africa. It’s definitely in the Middle East. 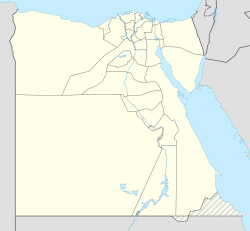 Sharm, as the locals called it, is a little northeast of the southern tip, overlooking the Strait of Tiran leading into the Gulf of Aqaba. The very southern tip is Ras Muhammad National Park. The park includes both land and sea and is a major diving destination around the Shark and Yolanda reefs and the Thistlegorm wreck. The city’s location and reefs make it a major resort town for Egypt.

It is also called, somewhat ironically, the “City of Peace” because a number of Peace Conferences have been held there. Apparently there haven’t been enough. The British Foreign Office has raised the terrorist threat level in the area to yellow, which is enough to cause Fred Olsen to cancel our stop at Sharm el Sheikh, which is disappointing.

We seem to have gotten through the pirate waters of the Gulf of Adan uneventfully and entered the Red Sea.  I had the sense, chatting with the security people patrolling the deck, that most of the preventative measures the ship took were more for its insurance company than for the pirates. But I guess I’m OK with erring on the side of caution.