We rode two trails in and around Portland: Banks Vernonia and Portland Springwater on the Williamette. There also happened to be a huge group ride on Saturday that we didn’t participate in.

Banks to Vernonia was 21 miles of trees, flowers, and streams, with lunch at a funky local establishment in Vernonia, populated by the usual sort who spend weekday afternoons drinking beer and playing video slots. We liked it. Except for one stretch of clear cutting. We also encountered some local fauna that had found their way onto the trail and were enjoying some previously ungrazed flora. 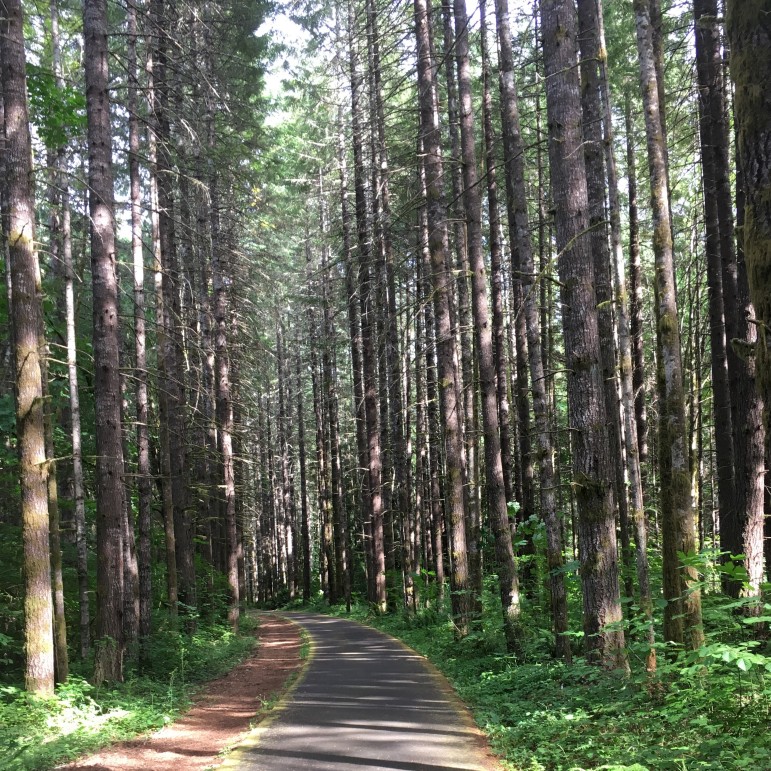 Springwater on the Williamette was more urban. Lunch this time was at the flagship store for Old Spaghetti Factory, which shared space with the corporate headquarters. In contrast to the Minneapolis store, located in a reclaimed Case tractor factory, this one was built new in the mid-80s and felt more like a boutique hotel or lumber baron’s mansion.

We became entangled in the Saturday market on the riverfront, which we thought brought out everyone in town. But this also happened to be the day of Portland’s observance of the World Naked Bike Ride. They were much less into body paint than the Fremont Solstice Parade but we seem to be developing a subtext. Again you shouldn’t find any photos of us online. This was one small group of about 20 (I wasn’t counting heads) on its way to the start point; the ride reportedly draws thousands of riders.

Here is a mixture  of the Portland  Naked Bike Ride and Seattle’s Fremont Solstice Parade, just keep all this kind of stuff in one place under Oregon. 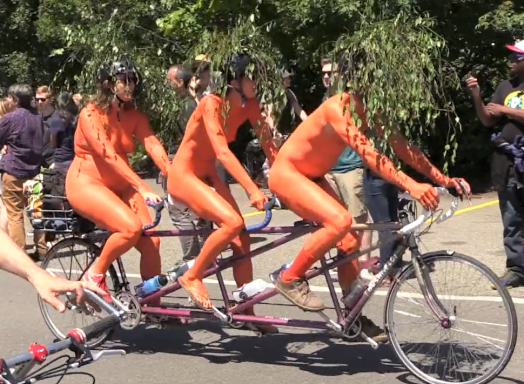 The Portland Art Museum had a special exhibit about the influence of aircraft design on automobile design in the ’30s and ’40s. 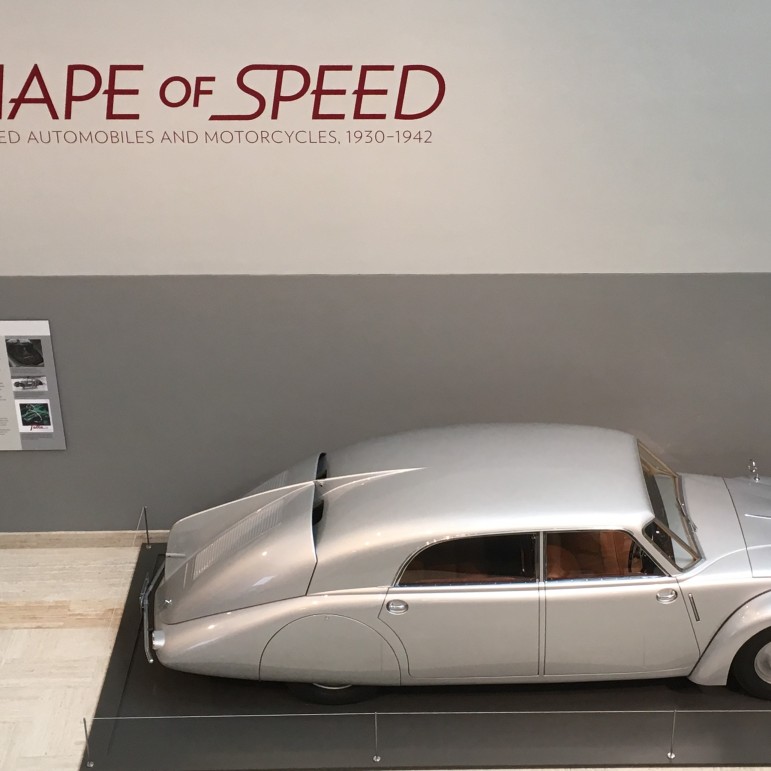 We also managed to squeeze in a lumber baron’s mansion and a Japanese garden.

For a completely unrelated aside than may be of interest to approximately two of my audience, I don’t remember seeing any large round bales since we left Minnesota, where that is all you see. Across the northern tier of states, it was all large square bales, which do make nicer stacks and semi loads. In northern California, Nevada, and Utah, there are plenty of small squares.

(For the record, they are not actually squares.)