A curious little museum that charges no admission and has a countable number of works. I photographed most of them. The desperation and utter despair of the life-size sculptures had an immediate, probably lasting impact. The paintings took a little longer to depress us. But Expressionism, new and old, is about expressing emotions. In Rando’s paintings, it is with brilliant colors and strong brushstrokes. The force of the sculptures comes from the distressed postures of the monochromatic, almost feature-less figures. My photographs really don’t capture it; Doré tried. 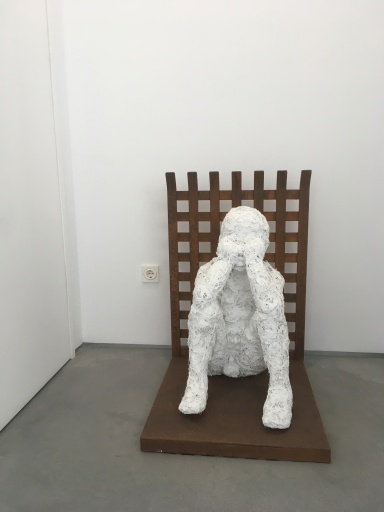 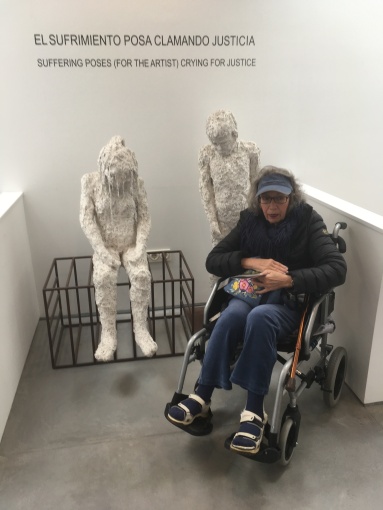 “Children” from the “Prostitución” cycle 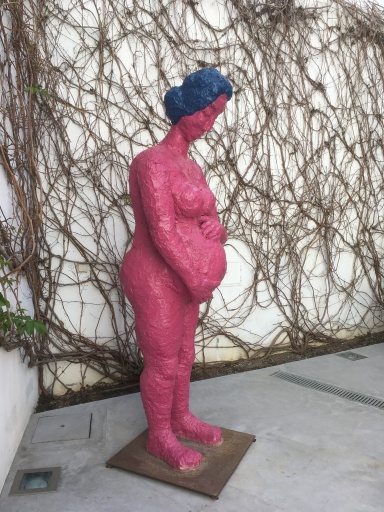 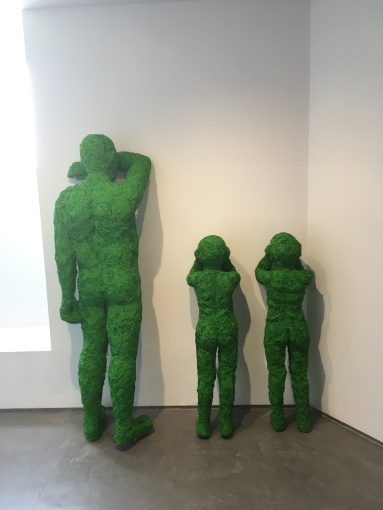 Jorge Rando was a painter, sculptor, and philosopher, not necessarily in that order. The museum in Málaga is in his honor as a favorite son and principle figure in neo-expressionism but it’s not exclusively his work. It features other artists as well, has frequent temporary exhibitions, conducts workshops, and holds conferences with themes like, “Lo que está posando?” (or “What’s happening?”)

Rando was born in Málaga. In his twenties in the 1960s, he moved to Germany to study philosophy, married a German woman, and has spent his time living and working in Málaga and Cologne. His work is what you get when you cross the passion of a Maláguenan artist with the reason of a German philosopher.

(Picasso with Kant? Those examples rather overstate the importance of both Rando and neo-expressionism, which seems to have reached its zenith is the mid-1980s.)

The German philosopher has written books and articles with modest titles like, “The Birth of Color,” “Thoughts and Reflections. Jorge Rando,” and “Rando’s Contemporary Art Testament,” described as the “Neo Expressionist Manifesto for the 21st Century.” His written work seems to be about humanity, hope, and love in a dehumanized world. I get the dehumanized part; the hope is harder to find in the art.

The painter showed great emotion and passion; the despair and desperation may come from the German side. This dichotomy reminds me of a comment by Bertrand Russell, “Every time I talk with a savant, I feel quite sure that happiness is no longer a possibility. Yet when I talk with my gardener, I’m convinced of the opposite.”

Understanding the paintings was more work than for the sculptures. I’m guessing that “Understanding” is important to the neo-expressionists because, the paintings, while abstract, have recognizable figures. Rather than ‘Phases’, Rando’s work is described in ‘Cycles’ with labels like ‘Prostitución’ and ‘Afrika.’ These labels suggest a theme or focus but ‘cycle’ suggests they may come around again. ‘Phases’ are something Picasso was in for a while; then moved on. 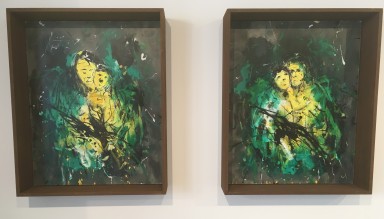 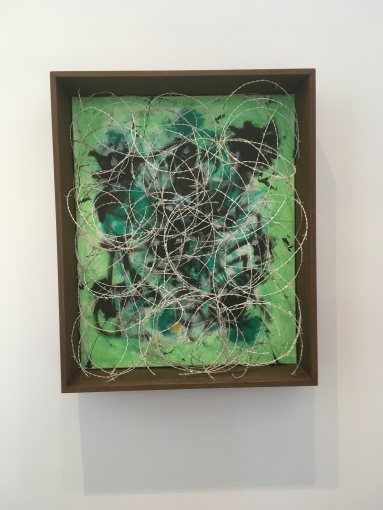 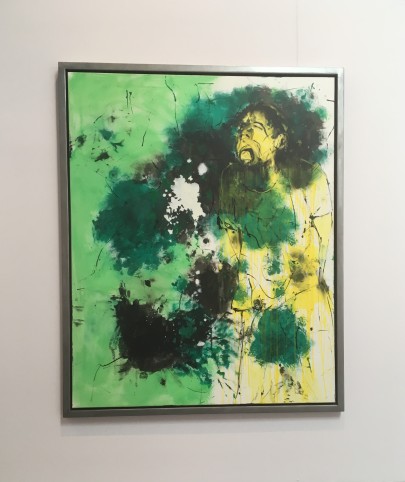 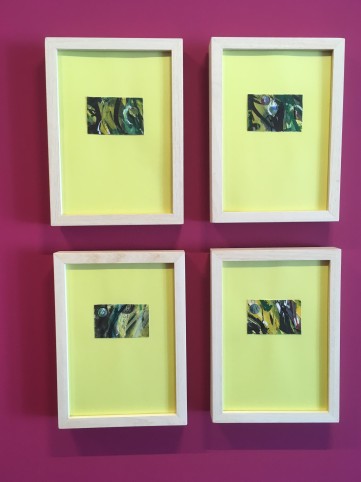 There certainly is angst or anguish in many of the works; the one with the barbed wire is suggestive. There is no bucolic home on the range.

We spent an unhurried hour in the museum. It was time well spent and it may get our highest recommendation of the things we have seen, but we didn’t walk away saying, “Boy, that was fun.”